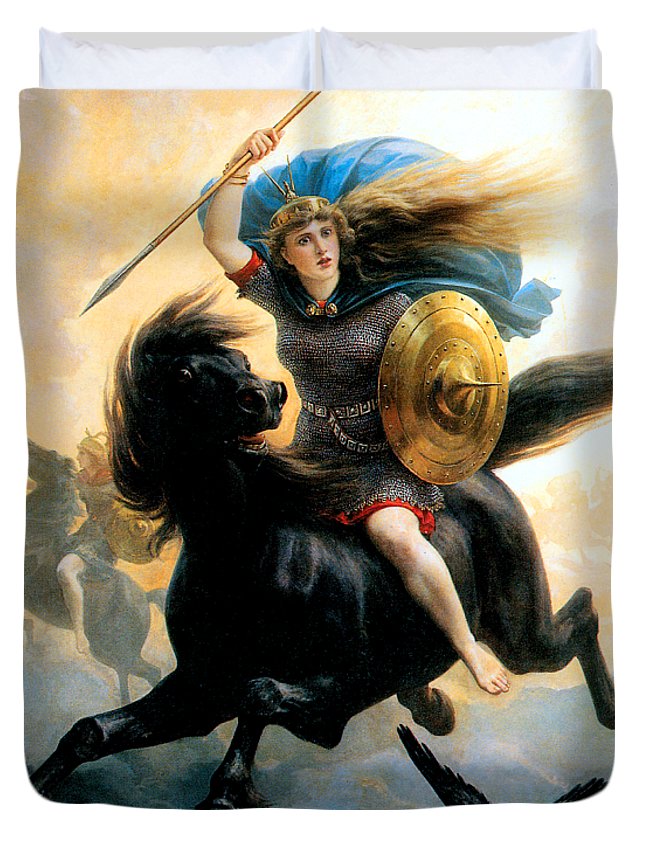 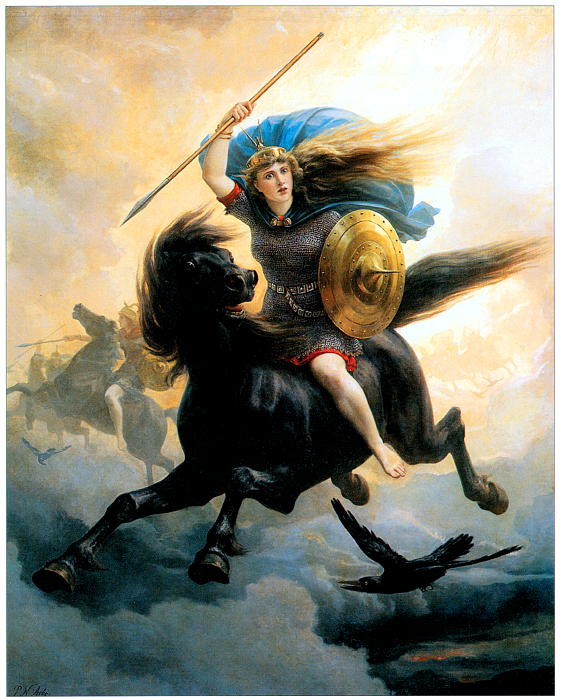 Queen duvet cover (88" x 88") featuring the image "The Valkyrie 1869" by Peter Nicolai Arbo. Our soft microfiber duvet covers are hand sewn and include a hidden zipper for easy washing and assembly. Your selected image is printed on the top surface with a soft white surface underneath. All duvet covers are machine washable with cold water and a mild detergent.

The Valkyrie 1869, Peter Nicolai Arbo (18 June 1831 – 14 October 1892) was a Norwegian historical painter, who specialized in painting motifs from Norwegian history and images from Norse mythology. He is most noted for The Wild Hunt of Odin, a dramatic motif based on the Wild Hunt legend and Valkyrie, which depicts a female figure from Norse mythology. In Norse mythology, a valkyrie (/vælˈkɪəri, -ˈkaɪri, vɑːl-, ˈvælkəri/; from Old Norse valkyrja "chooser of the slain") is one of a host of female figures who choose those who may die in battle and those who may live. Selecting among half of those who die in battle (the other half go to the goddess Freyja's afterlife field Fólkvangr), the valkyries take their chosen to the afterlife hall of the slain, Valhalla, ruled over by the god Odin. There, the deceased warriors become einherjar (Old Norse "single (or once) fighters"). When the einherjar are not preparing for the events of Ragnarök, the valkyries bear them mead. Valky...