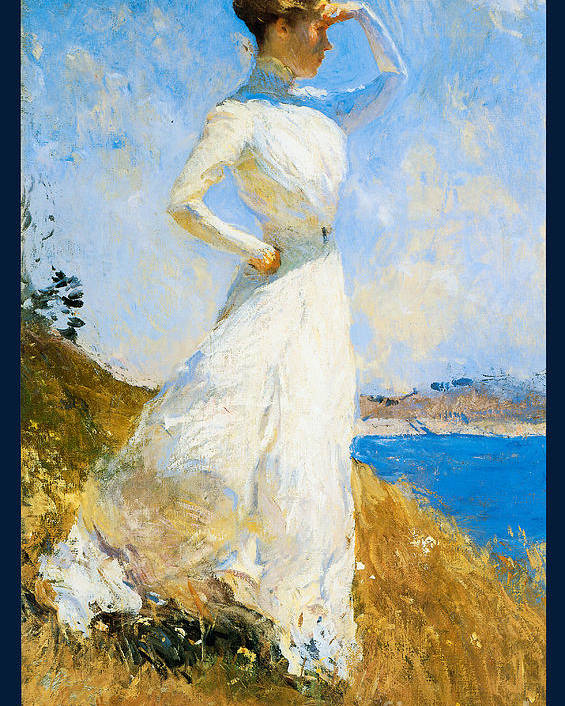 Sunlight 1909 poster by Frank Benson.   Our posters are produced on acid-free papers using archival inks to guarantee that they last a lifetime without fading or loss of color. All posters include a 1" white border around the image to allow for future framing and matting, if desired.

Frank Benson [1862–1951]; Sunlight; 1909, Frank Weston Benson, frequently referred to as Frank W. Benson, (March 24, 1862 – November 15, 1951) was an American artist from Salem, Massachusetts known for his Realistic portraits, American Impressionist paintings, watercolors and etchings. He began his career painting portraits of distinguished families and murals for the Library of Congress. Some of his best known paintings (Eleanor, Museum of Fine Arts, Boston; Summer, Rhode Island School of Design Museum) depict his daughters outdoors at Benson's summer home, Wooster Farm, on the island of North Haven, Maine. He also produced numerous oil, wash and watercolor paintings and etchings of wildfowl and landscapes.