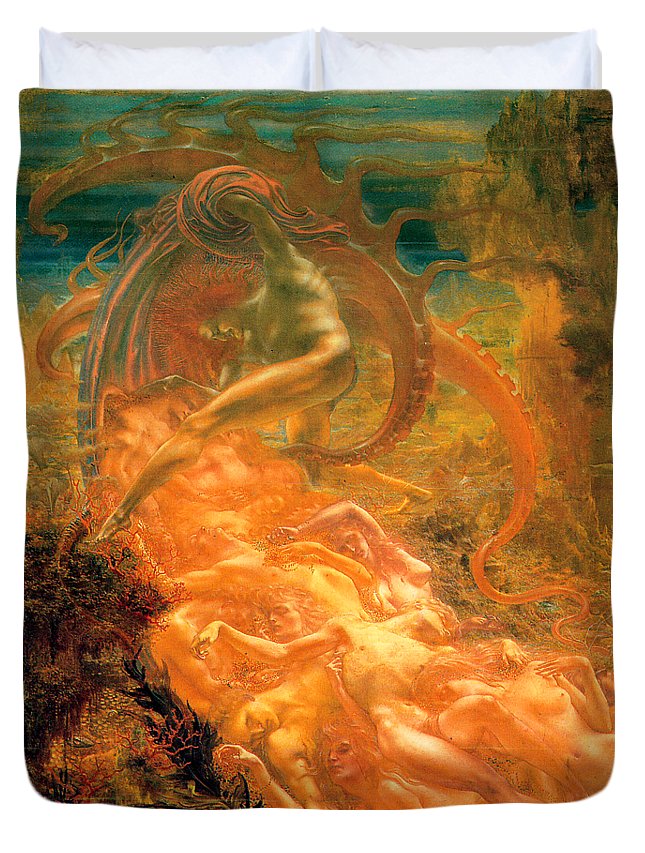 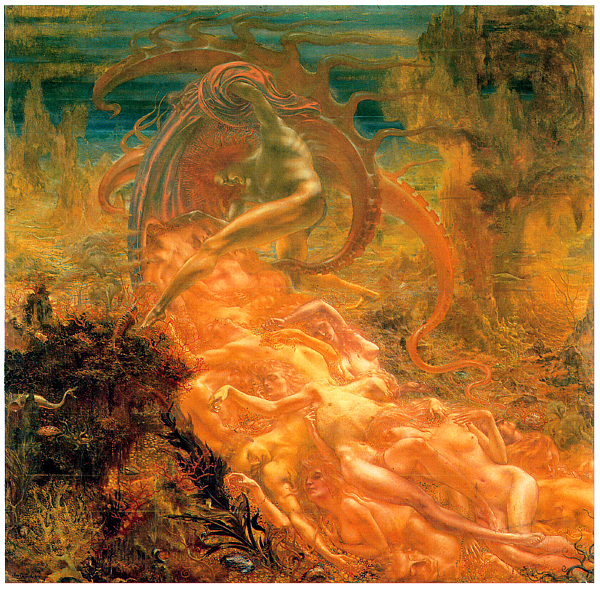 Queen duvet cover (88" x 88") featuring the image "Satans Treasures Les Tresors de Sathan 1895" by Jean Delville. Our soft microfiber duvet covers are hand sewn and include a hidden zipper for easy washing and assembly. Your selected image is printed on the top surface with a soft white surface underneath. All duvet covers are machine washable with cold water and a mild detergent.

Satan’s Treasures (Les Trésors de Sathan, 1895), Jean Delville (19 January 1867 – 19 January 1953), Delville exhibited his Trésors de Sathan (Sathan's Treasures) at the Salon de Gand in September 1895 while he was working on his entry for the Belgian Prix de Rome. It was then exhibited in Brussels for the first time in 1896 at Delville's first Salon d'Art Idéaliste. This was one of Delville's first 'breakthrough' paintings and one of his most important works from his artistic period up to 1895. Delville's works generally deal with the theme of the duality between nature (human or otherwise) and the transcendental world.