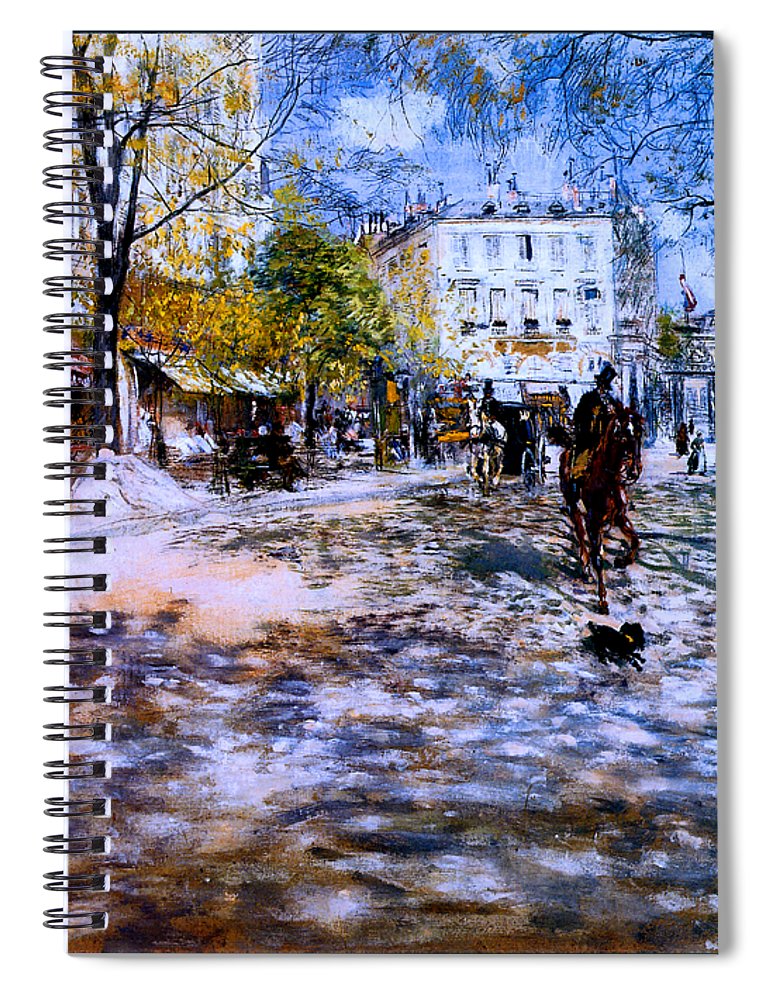 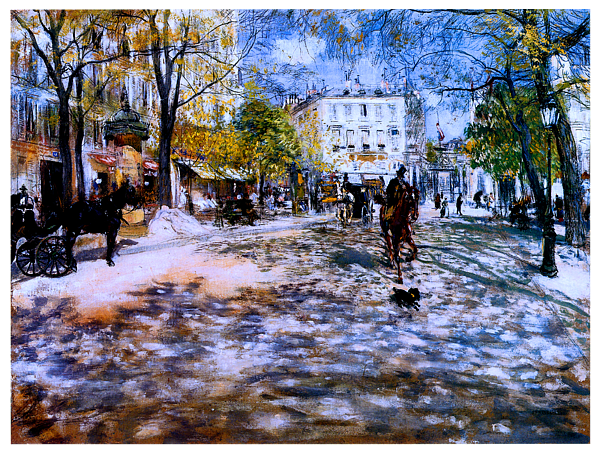 Boulevard in Paris 1888, Jean-François Raffaëlli (April 20, 1850 – February 11, 1924) was a French realist painter, sculptor, and printmaker who exhibited with the Impressionists. He was also active as an actor and writer. Born in Paris, he was of Tuscan descent through his paternal grandparents. He showed an interest in music and theatre before becoming a painter in 1870. One of his landscape paintings was accepted for exhibition at the Salon in that same year. In October 1871 he began three months of study under Jean-Léon Gérôme at the École des Beaux-Arts in Paris; he had no other formal training.