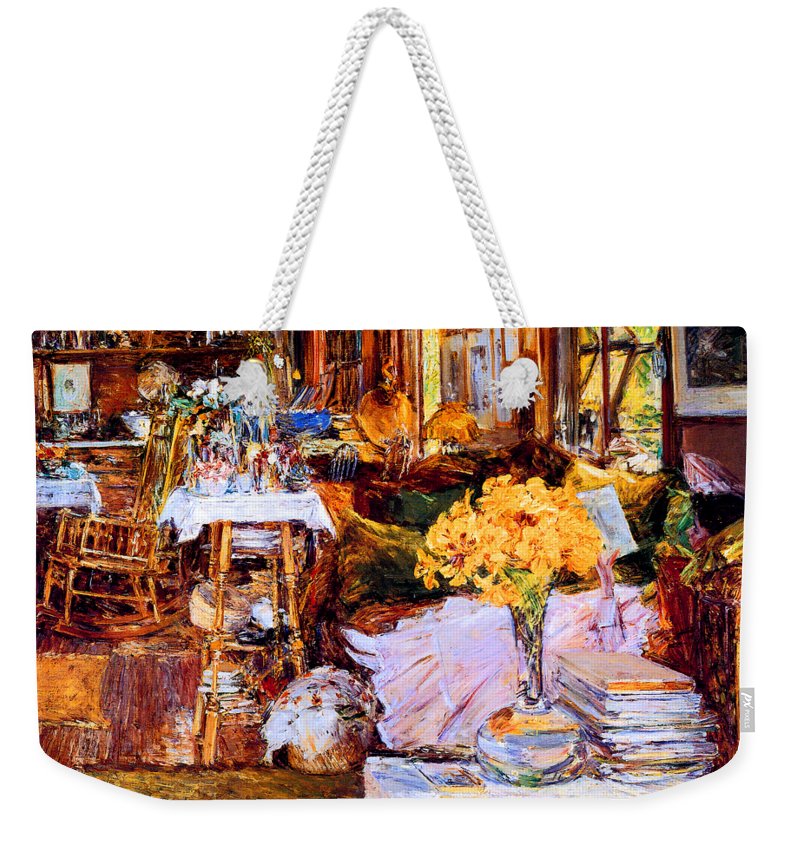 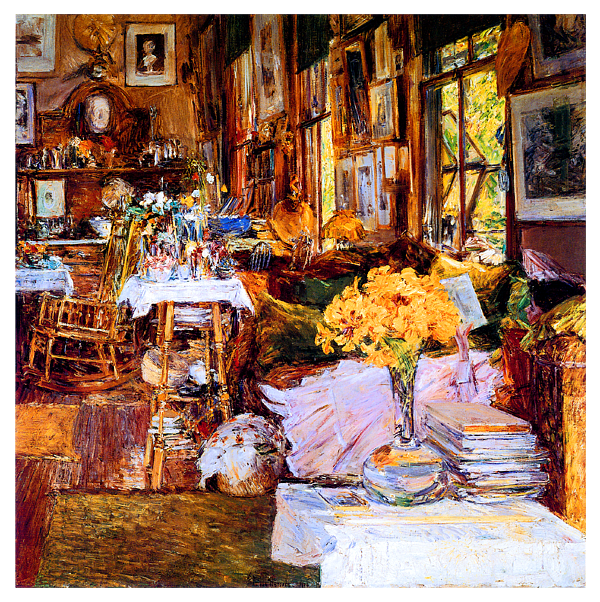 The Room of Flowers; 1894, Frederick Childe Hassam (/ˈtʃaɪld ˈhæsəm/; October 17, 1859 – August 27, 1935) was an American Impressionist painter, noted for his urban and coastal scenes. Along with Mary Cassatt and John Henry Twachtman, Hassam was instrumental in promulgating Impressionism to American collectors, dealers, and museums. He produced over 3,000 paintings, oils, watercolors, etchings, and lithographs over the course of his career, and was an influential American artist of the early 20th century.