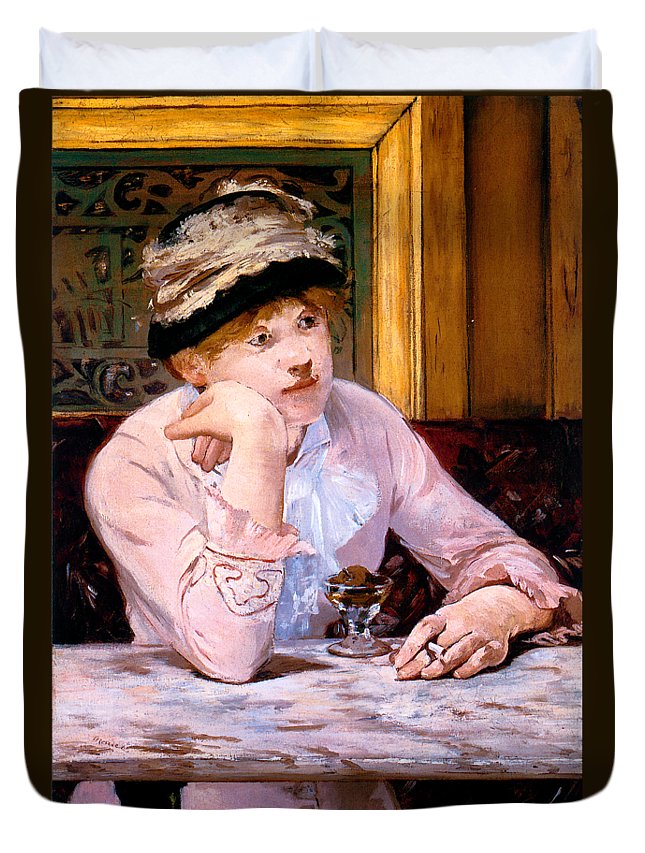 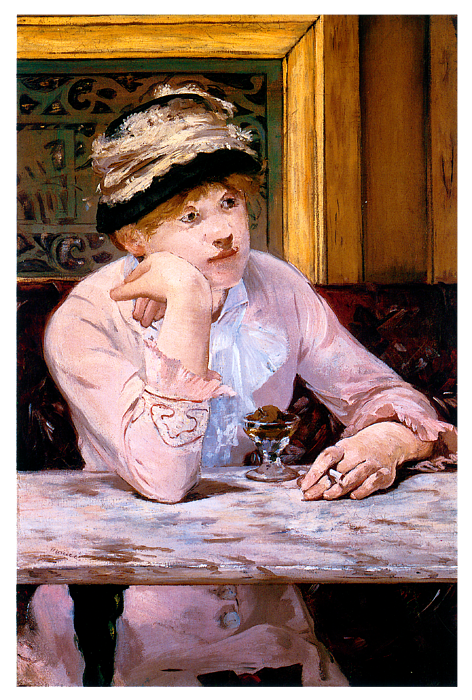 Queen duvet cover (88" x 88") featuring the image "The Plum 1878" by Edouard Manet. Our soft microfiber duvet covers are hand sewn and include a hidden zipper for easy washing and assembly. Your selected image is printed on the top surface with a soft white surface underneath. All duvet covers are machine washable with cold water and a mild detergent.

The Plum 1878, Édouard Manet (UK: /ˈmæneɪ/, US: /mæˈneɪ, mə-/, French: [edwaʁ manɛ]; 23 January 1832 – 30 April 1883) was a French modernist painter. He was one of the first 19th-century artists to paint modern life, and a pivotal figure in the transition from Realism to Impressionism. Born into an upper-class household with strong political connections, Manet rejected the future originally envisioned for him, and became engrossed in the world of painting. His early masterworks, The Luncheon on the Grass (Le déjeuner sur l'herbe) and Olympia, both 1863, caused great controversy and served as rallying points for the young painters who would create Impressionism. Today, these are considered watershed paintings that mark the start of modern art. The last 20 years of Manet's life saw him form bonds with other great artists of the time, and develop his own style that would be heralded as innovative and serve as a major influence for future painters.