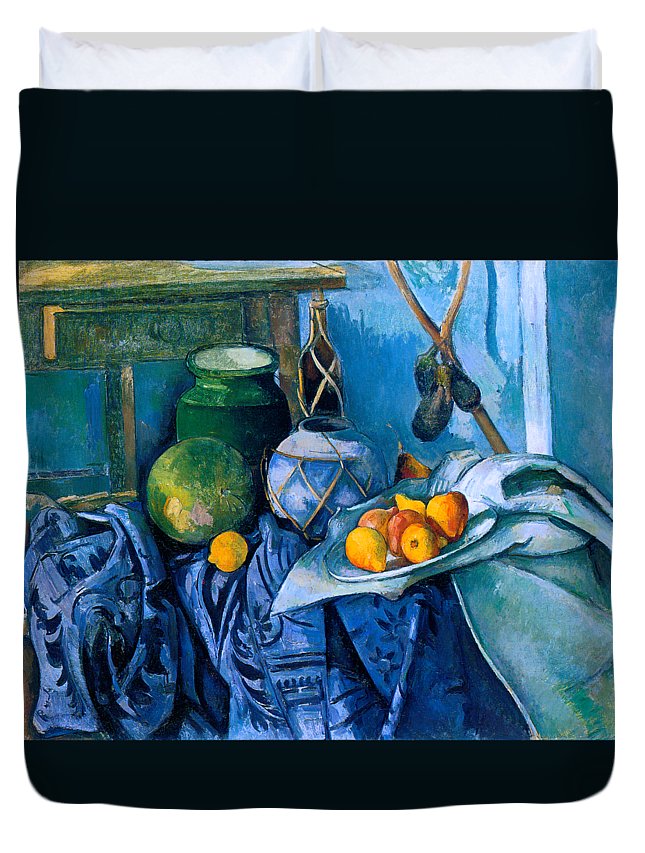 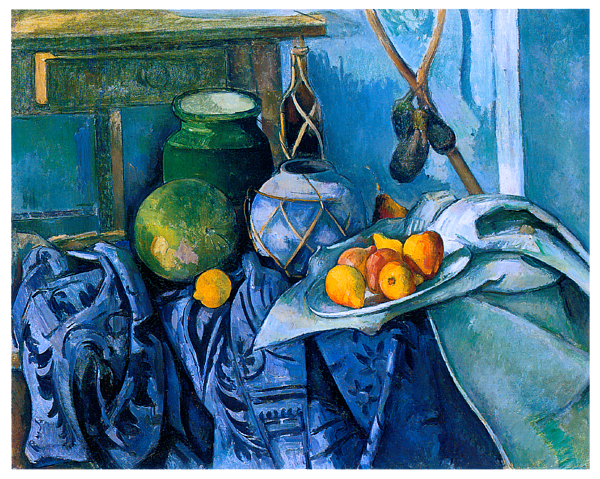 Still Life with a Ginger Jar and Eggplants 1893 Duvet Cover

Queen duvet cover (88" x 88") featuring the image "Still Life with a Ginger Jar and Eggplants 1893" by Paul Cezanne. Our soft microfiber duvet covers are hand sewn and include a hidden zipper for easy washing and assembly. Your selected image is printed on the top surface with a soft white surface underneath. All duvet covers are machine washable with cold water and a mild detergent.

Still Life with a Ginger Jar and Eggplants; 1893–94, Paul Cézanne (/seɪˈzæn/ say-ZAN, also UK: /sɪˈzæn/ siz-AN, US: /seɪˈzɑːn/ say-ZAHN, French: [pɔl sezan]; 19 January 1839 – 22 October 1906) was a French artist and Post-Impressionist painter whose work laid the foundations of the transition from the 19th-century conception of artistic endeavor to a new and radically different world of art in the 20th century.