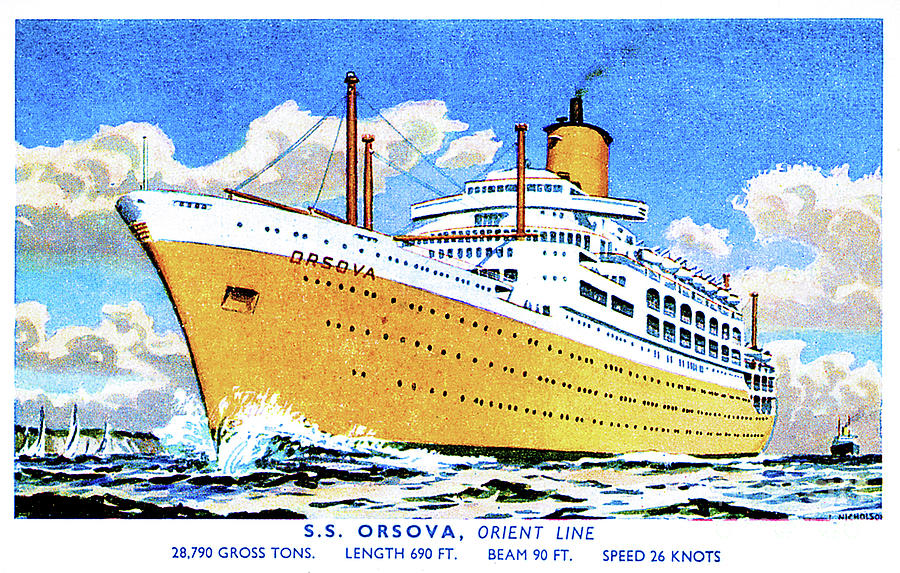 SS Orsova Orient Lines 1953 Postcard, SS Orsova, was a British ocean liner, built by Vickers Armstrong Shipbuilders Ltd. of Barrow-in-Furness, England for the Orient Steam Navigation Company (Orient Line) for their Great Britain-to-Australia services via the Suez Canal. She was the final development of the 28,000 ton class which began with the SS Orcades of 1948 and continued with the SS Oronsay of 1951. In 1960, in conjunction with the introduction of the new larger and faster Oriana and Canberra, the fleets of Orient (which was majority owned by P&O) and P&O were combined as P&O-Orient Lines, although the Orient ships retained their corn-coloured hulls and sailed under their own house flag. In 1966, P&O acquired the balance of the Orient shares and the Orient Line was discontinued, with Orsova and her fleet mates being transferred to the ownership of the Peninsular and Oriental Steam Navigation Company (P&O), painted white and under the P&O houseflag.