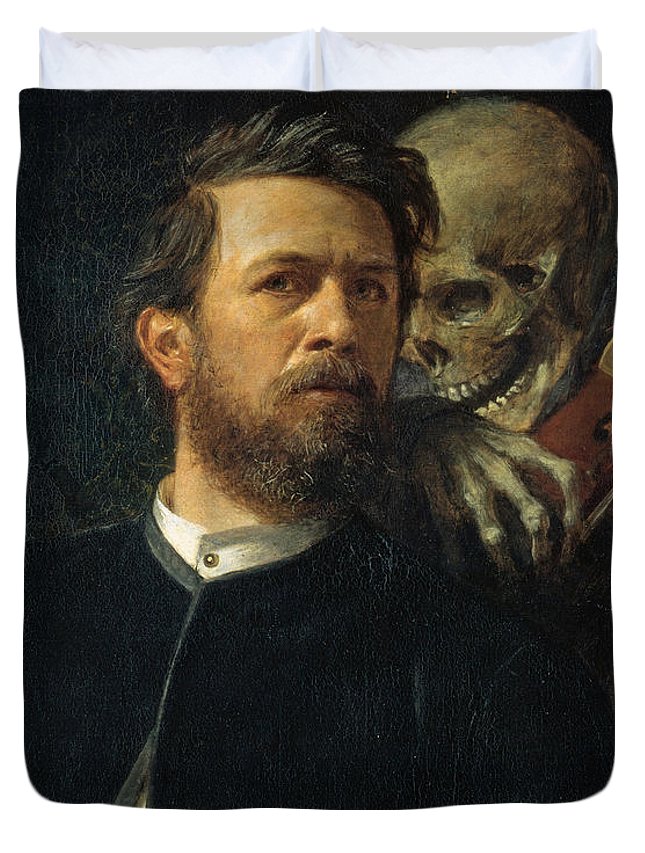 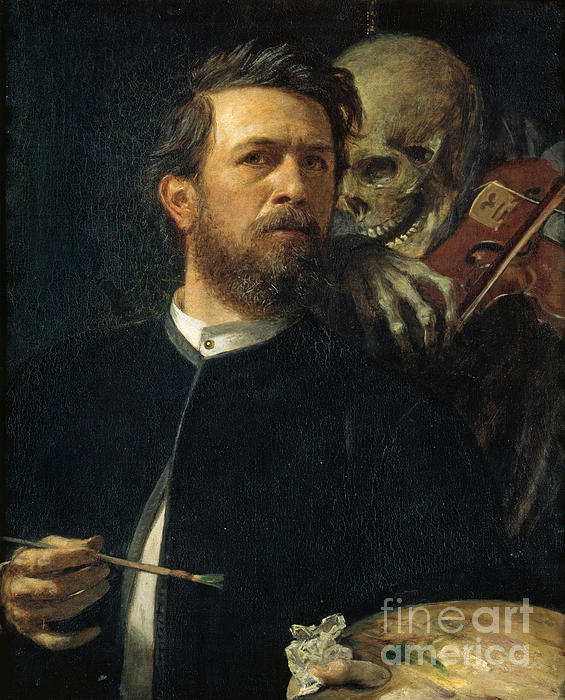 Self Portrait With Death Playing The Fiddle 1872 Duvet Cover

Queen duvet cover (88" x 88") featuring the image "Self Portrait With Death Playing The Fiddle 1872" by Arnold Boecklin. Our soft microfiber duvet covers are hand sewn and include a hidden zipper for easy washing and assembly. Your selected image is printed on the top surface with a soft white surface underneath. All duvet covers are machine washable with cold water and a mild detergent.

Self Portrait With Death Playing The Fiddle 1872, Arnold Böcklin (16 October 1827 – 16 January 1901) was a Swiss symbolist painter. He was born in Basel. His father, Christian Frederick Böcklin (b. 1802), was descended from an old family of Schaffhausen, and engaged in the silk trade. His mother, Ursula Lippe, was a native of the same city.[1] Arnold studied at the Düsseldorf academy under Schirmer,[1] and became a friend of Anselm Feuerbach. He is associated with the Düsseldorf school of painting. Schirmer, who recognized in him a student of exceptional promise, sent him to Antwerp and Brussels, where he copied the works of Flemish and Dutch masters. Böcklin then went to Paris, worked at the Louvre, and painted several landscapes.