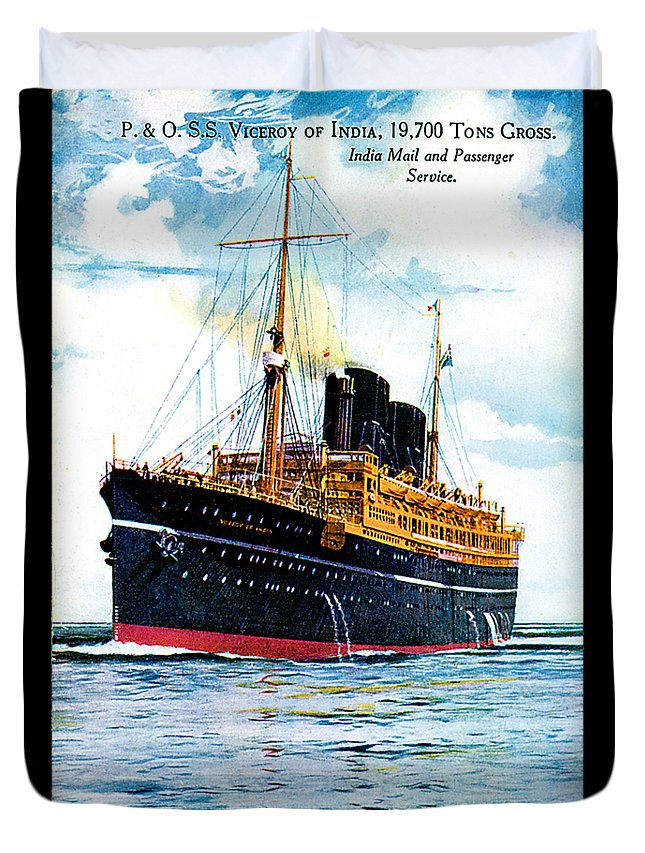 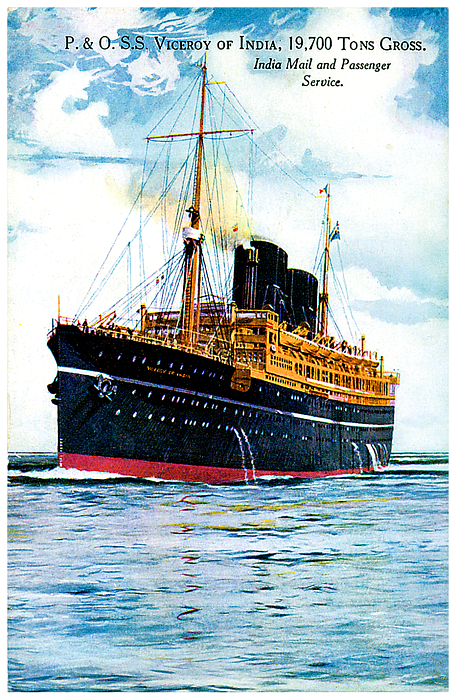 Queen duvet cover (88" x 88") featuring the image "RMS Viceroy of India Cruise Ship 1928" by Unknown. Our soft microfiber duvet covers are hand sewn and include a hidden zipper for easy washing and assembly. Your selected image is printed on the top surface with a soft white surface underneath. All duvet covers are machine washable with cold water and a mild detergent.

RMS Viceroy of India, RMS Viceroy of India Cruise Ship 1928 was an ocean liner of the Peninsular and Oriental Steam Navigation Company (P&O). She was a British Royal Mail Ship on the Tilbury–Bombay route and was named after the Viceroy of India. In World War II she was converted to and used as a troopship. She was sunk in the Mediterranean in November 1942 by German submarine U-407.