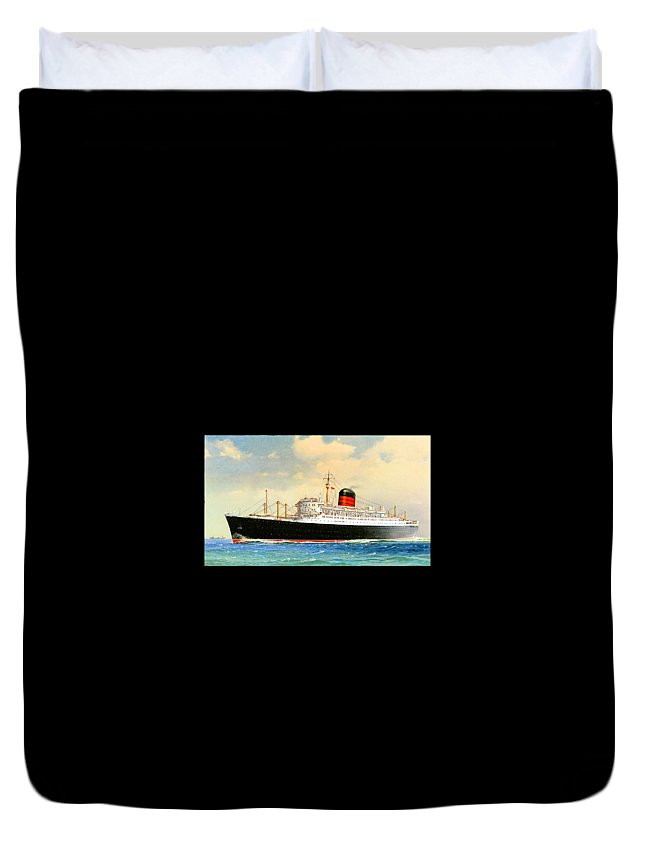 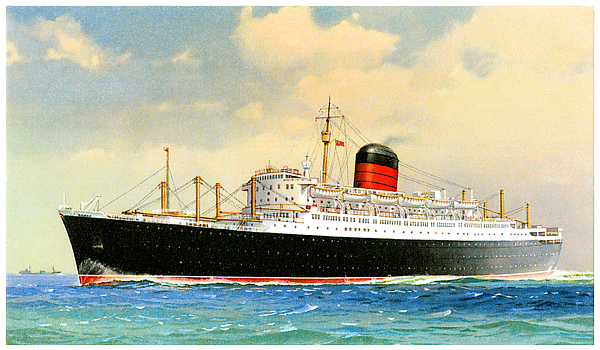 Queen duvet cover (88" x 88") featuring the image "RMS Carinthia Postcard 1955" by Unknown. Our soft microfiber duvet covers are hand sewn and include a hidden zipper for easy washing and assembly. Your selected image is printed on the top surface with a soft white surface underneath. All duvet covers are machine washable with cold water and a mild detergent.

RMS Carinthia Postcard (1955) Cunard Line, RMS Carinthia was an ocean liner built in 1956 as one of the four Saxonia class ships.[2] She sailed for... more

RMS Carinthia Postcard (1955) Cunard Line, RMS Carinthia was an ocean liner built in 1956 as one of the four Saxonia class ships.[2] She sailed for Cunard Line from her completion until 1968 when she was sold to Sitmar Line, rebuilt into a full-time cruise ship and renamed SS Fairsea. She sailed with Sitmar until 1988, when Sitmar was sold to P&O. She was renamed SS Fair Princess and sailed for Princess Cruises and P&O Cruises until 2000. She was then sold to China Sea Cruises and renamed SS China Sea Discovery. In 2005 or 2006 she was scrapped in Alang, India.