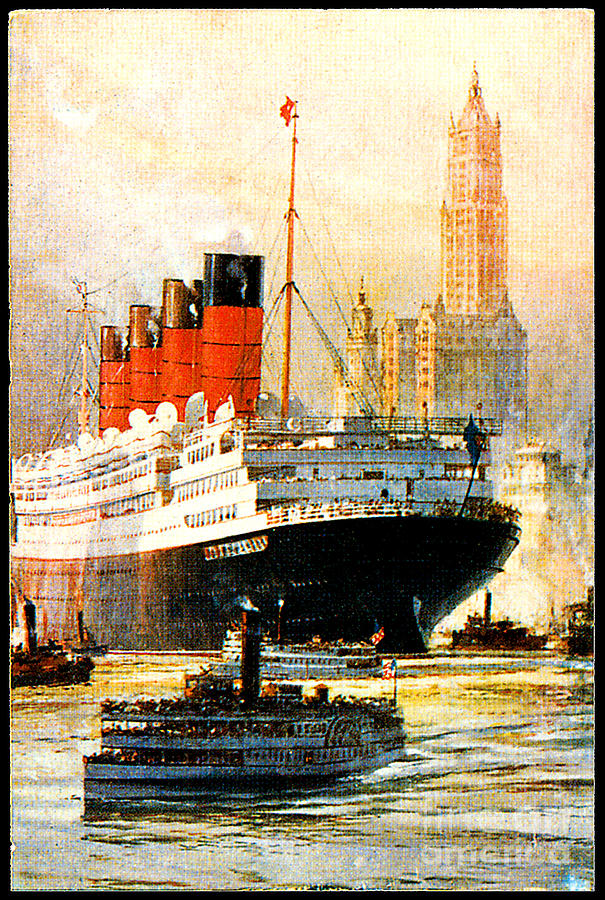 RMS Aquitania was a British ocean liner of the Cunard Line in service from 1914 to 1950. She was designed by Leonard Peskett and built by John Brown & Company in Clydebank, Scotland. She was launched on 21 April 1913 and sailed on her maiden voyage from Liverpool to New York on 30 May 1914. Aquitania was the third in Cunard Line's grand trio of express liners, preceded by RMS Mauretania and RMS Lusitania, and was the last surviving four-funnelled ocean liner. Shortly after the Royal Mail Ship Aquitania entered service, World War I broke out, during which she was first transformed into an auxiliary cruiser before being transformed into a troop transport and a hospital ship, notably as part of the Dardanelles Campaign.

Amazing! Congratulations on your sale!