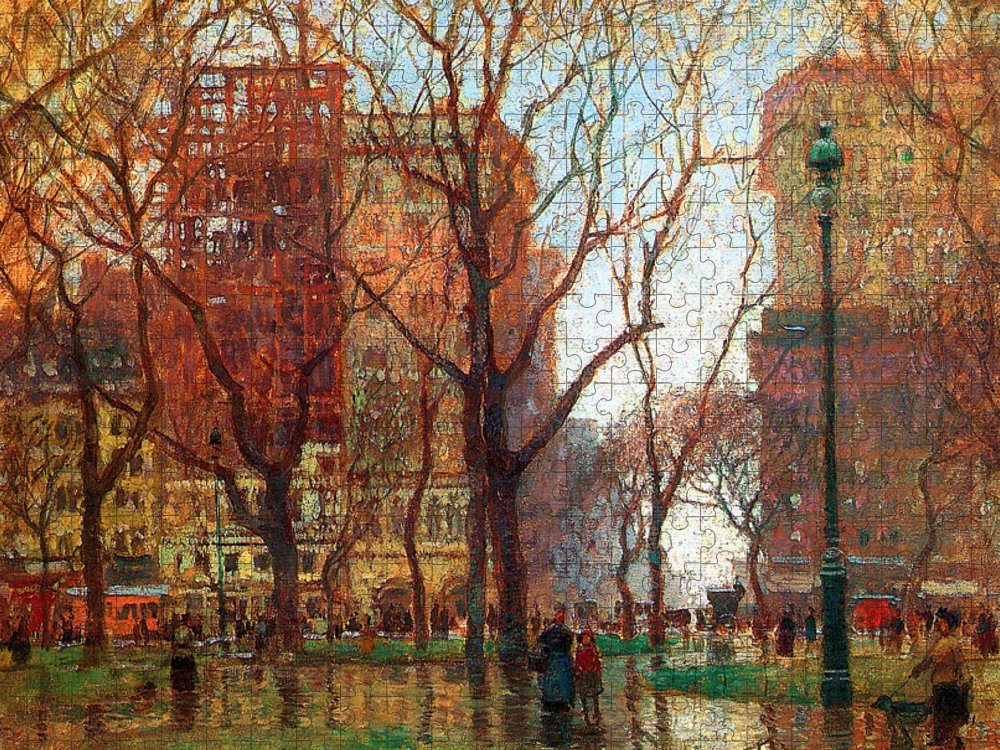 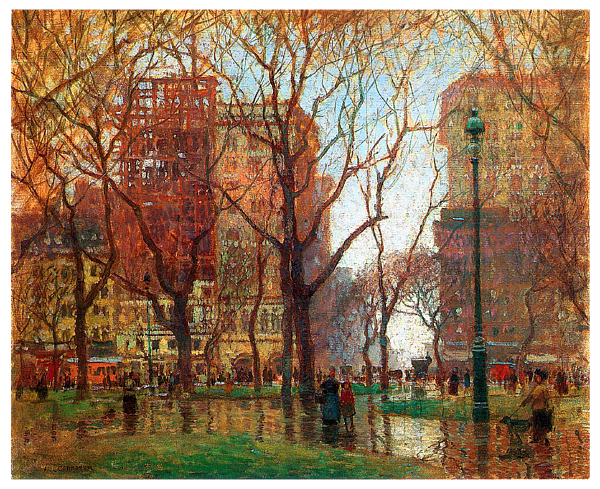 Challenge your brain with a jigsaw puzzle designed by an independent artist!   Our puzzles are made from premium 0.2" thick paper stock and include a semi-gloss coating on the top surface to make the image pop.   Puzzles are available in two different sizes, and each puzzle includes a puzzle box with the artwork printed on the top for safe storage when you're not puzzling.   The puzzle pieces are unique shapes.

Store the puzzle in the provided box at room temperature with low humidity.

Rainy Day, Madison Square, New York; 1907–08, Paul Cornoyer (1864–1923) was an American painter, currently best known for his popularly reproduced painting in an Impressionist, tonalist, and sometimes pointillist style. Born in St. Louis, Missouri, Cornoyer began painting in Barbizon style and first exhibited in 1887. After returning from his studies in Paris, Cornoyer was heavily influenced by the American tonalists. In 1908, the Albright–Knox Art Gallery (formerly the Albright Gallery) hosted a show of his work. In 1909, he was elected into the National Academy of Design as an Associate Academician. He taught at Mechanics Institute of New York and in 1917, he moved to Massachusetts, where he continued to teach and paint.