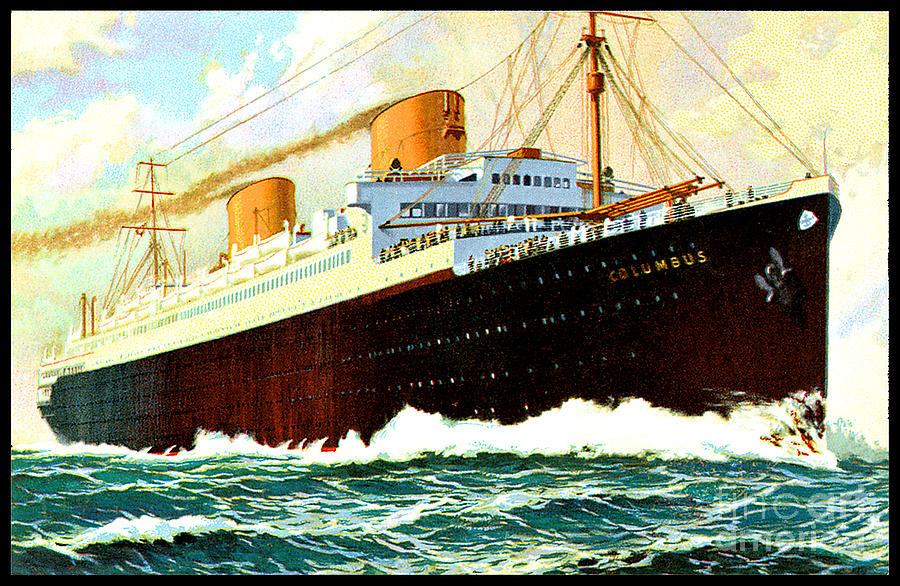 Norddeutscher Lloyd Bremen Dampfer Columbus (North German Lloyd Bremen SS Columbus) SS Columbus 1922 postcard.
The Columbus was originally to be named Hindenburg. Her sister, originally named Columbus, was handed over to the White Star Line as war reparations. The Allies allowed the owners, Norddeutscher Lloyd (NDL), to keep the ship which they named after her departed sister. Norddeutscher Lloyd (NDL; lit. North German Lloyd) was a German shipping company. It was founded by Hermann Henrich Meier and Eduard Crüsemann in Bremen on 20 February 1857. It developed into one of the most important German shipping companies of the late 19th and early 20th centuries, and was instrumental in the economic development of Bremen and Bremerhaven. On 1 September 1970, the company merged with Hamburg America Line (HAPAG) to form Hapag-Lloyd AG.