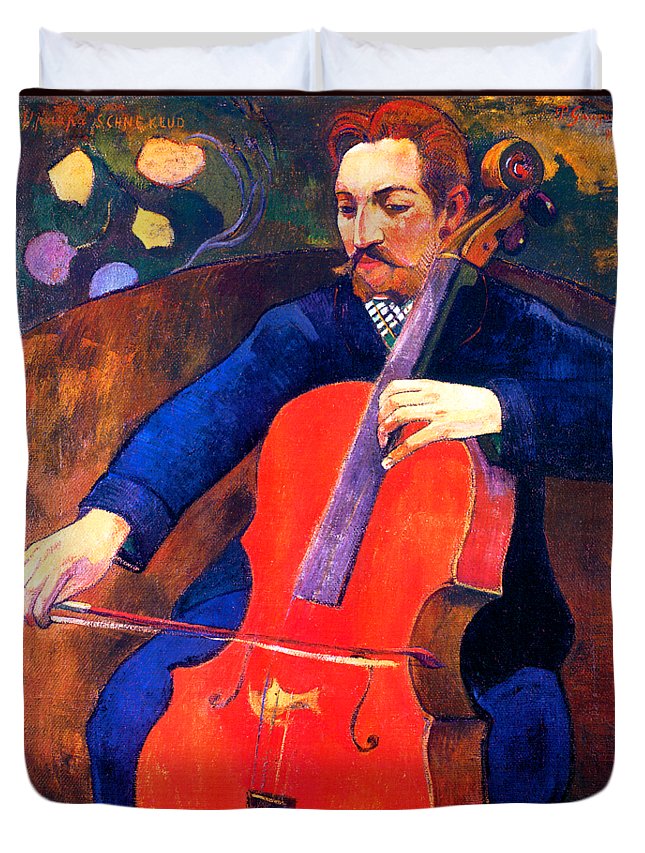 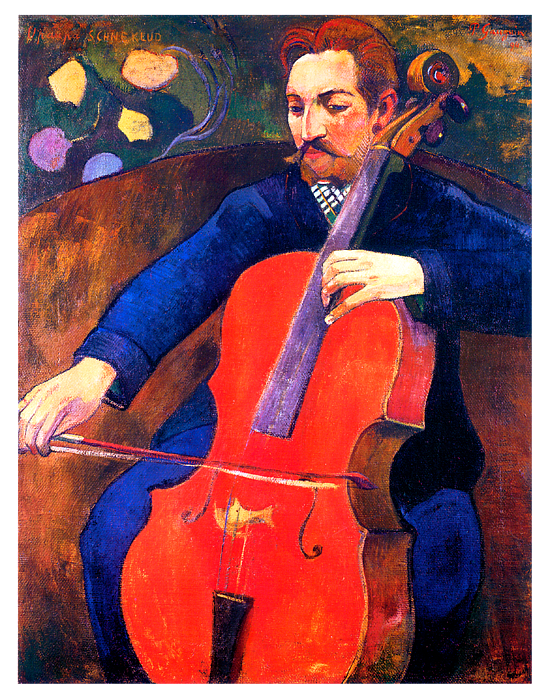 Queen duvet cover (88" x 88") featuring the image "Le violoncelliste Upaupa Schneklud 1894" by Paul Gauguin. Our soft microfiber duvet covers are hand sewn and include a hidden zipper for easy washing and assembly. Your selected image is printed on the top surface with a soft white surface underneath. All duvet covers are machine washable with cold water and a mild detergent.

Le violoncelliste Upaupa Schneklud,; 1894, Portrait of Upaupa Schneklud. Le violoncelliste is an oil painting by Paul Gauguin which is kept in the Baltimore Museum of Art. Paul Gauguin painted Fritz Schneklud, a friend and professional musician, in 1894. Eugène Henri Paul Gauguin (UK: /ˈɡoʊɡæ̃/, US: /ɡoʊˈɡæ̃/; French: [ø.ʒɛn ɑ̃.ʁi pɔl ɡo.ɡɛ̃]; 7 June 1848 – 8 May 1903) was a French Post-Impressionist artist. Unappreciated until after his death, Gauguin is now recognized for his experimental use of color and Synthetist style that were distinct from Impressionism. Toward the end of his life, he spent ten years in French Polynesia. The paintings from this time depict people or landscapes from that region.