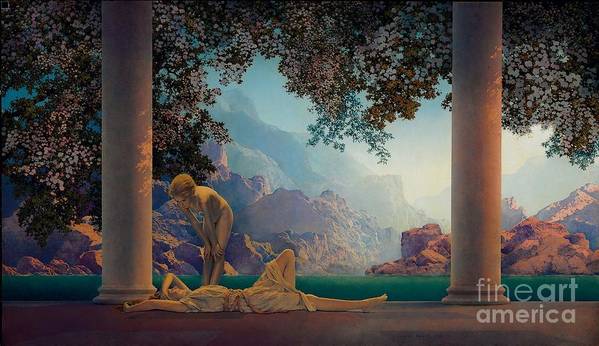 Daybreak 1922 poster by Maxfield Parrish.   Our posters are produced on acid-free papers using archival inks to guarantee that they last a lifetime without fading or loss of color. All posters include a 1" white border around the image to allow for future framing and matting, if desired.

Congratulations on your recent sale of a wonderful work.

Congratulation on your sale!

Congratulations on your sale!!!

Daybreak 1922, Maxfield Parrish 1870 – 1966, Parrish was an American painter and illustrator active in the first half of the 20th century. He is known for his distinctive saturated hues and idealized neo-classical imagery. His career spanned fifty years and was wildly successful: his painting Daybreak (1922) is the most popular art print of the 20th century.[1]