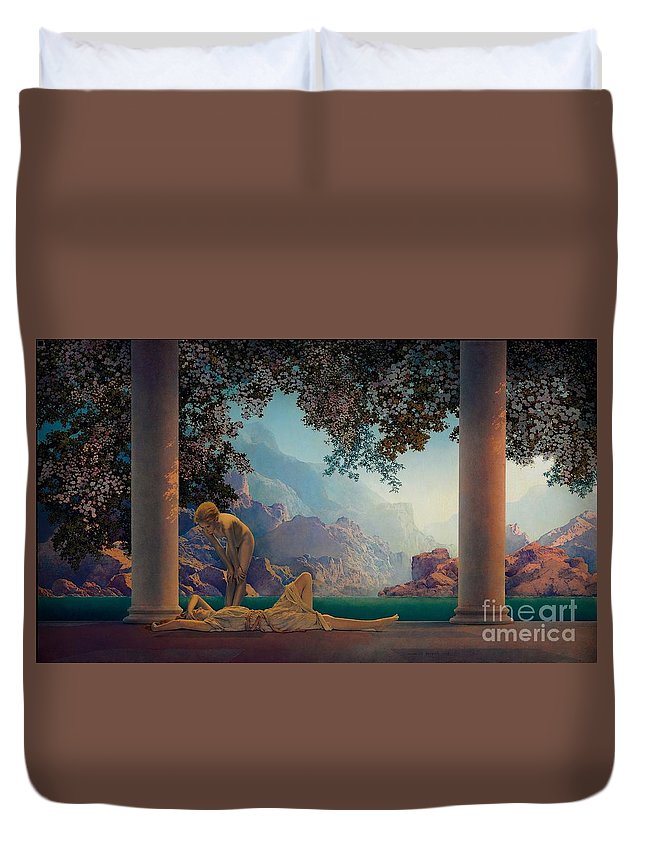 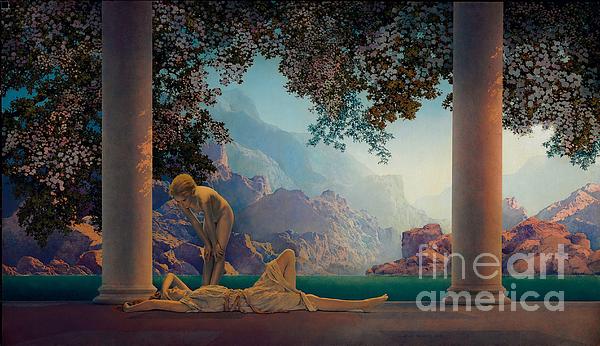 Queen duvet cover (88" x 88") featuring the image "Daybreak 1922" by Maxfield Parrish. Our soft microfiber duvet covers are hand sewn and include a hidden zipper for easy washing and assembly. Your selected image is printed on the top surface with a soft white surface underneath. All duvet covers are machine washable with cold water and a mild detergent.

Congratulations on your recent sale of a wonderful work.

Congratulation on your sale!

Congratulations on your sale!!!

Daybreak 1922, Maxfield Parrish 1870 – 1966, Parrish was an American painter and illustrator active in the first half of the 20th century. He is known for his distinctive saturated hues and idealized neo-classical imagery. His career spanned fifty years and was wildly successful: his painting Daybreak (1922) is the most popular art print of the 20th century.[1]