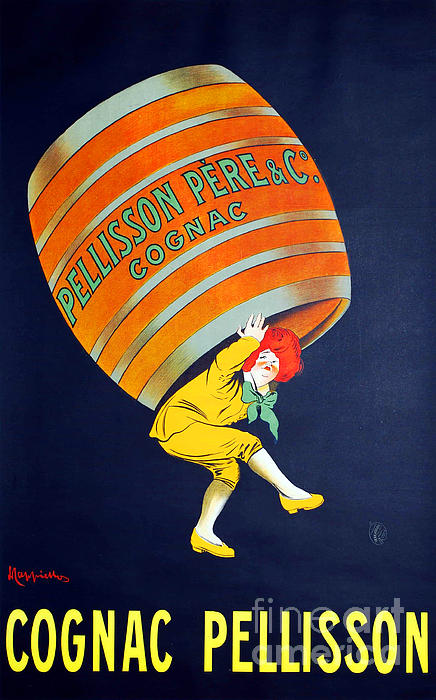 Congratulations on your sale of this wonderful artwork! F/L

Congrats on your sale!!

Cognac Pellisson Advertising Poster, Leonetto Cappiello (9 April 1875 – 2 February 1942) was an Italian and French poster art designer and painter, who mainly lived and worked in Paris. He is now often called 'the father of modern advertising' because of his innovation in poster design. The early advertising poster was characterized by a painterly quality as evidenced by early poster artists Jules Chéret, Alfred Choubrac and Hugo D'Alesi. Cappiello, like other young artists, worked in a way that was almost the opposite of his predecessors. He was the first poster artist to use bold figures popping out of black backgrounds, a startling contrast to the posters early norm.