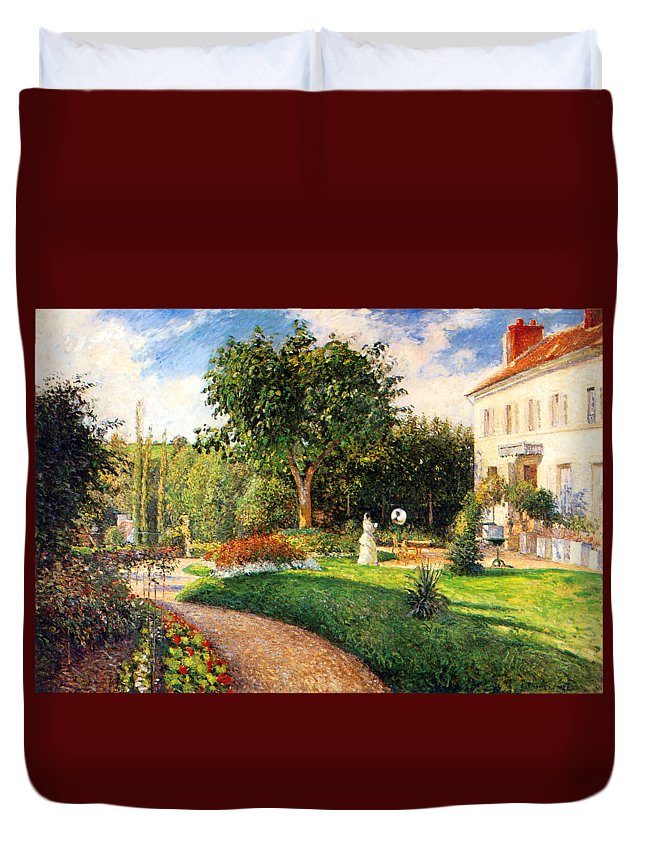 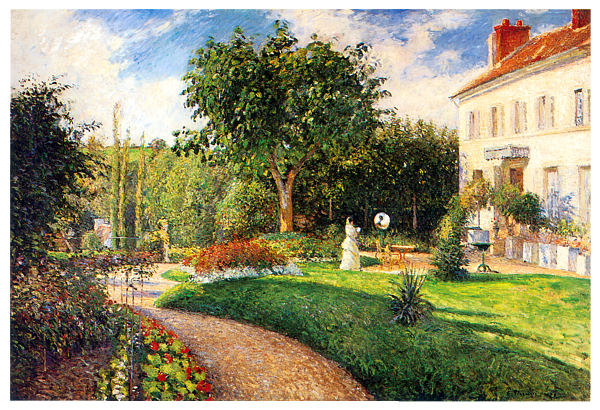 The Garden of Les Mathurins at Pontoise Duvet Cover

Queen duvet cover (88" x 88") featuring the image "The Garden of Les Mathurins at Pontoise" by Camille Pissarro. Our soft microfiber duvet covers are hand sewn and include a hidden zipper for easy washing and assembly. Your selected image is printed on the top surface with a soft white surface underneath. All duvet covers are machine washable with cold water and a mild detergent.

The Garden of Les Mathurins at Pontoise 1876, Camille Pissarro (/pɪˈsɑːroʊ/ piss-AR-oh, French: [kamij pisaʁo]; 10 July 1830 – 13 November 1903) was a Danish-French Impressionist and Neo-Impressionist painter born on the island of St Thomas (now in the US Virgin Islands, but then in the Danish West Indies). His importance resides in his contributions to both Impressionism and Post-Impressionism. Pissarro studied from great forerunners, including Gustave Courbet and Jean-Baptiste-Camille Corot. He later studied and worked alongside Georges Seurat and Paul Signac when he took on the Neo-Impressionist style at the age of 54.